You are here: Home | News | Cellulose Ethers | Action Mechanism of CMC in Wine

Action Mechanism of CMC in Wine

After the end of fermentation, wine needs to be clarified and stabilized before bottled and put on the market. It can be said that the product quality of wine is almost determined by this process. The stability in the production and storage and after bottling is mainly caused by two categories of factors.

One is the biological instability caused by microbial activity; the other is the non-biological instability caused by non-biological factors, which means that varying degrees of physical and chemical changes occur by tartrate, protein, pigment, heavy metal ions and other ingredients affected by the external environment or internal factors in the absence of the action of the action of microorganisms, making wine appear loss of light, turbidity, sediment and other phenomena, and affecting the sensory quality.

The clarity is an important indicator of the appearance quality of wine, and the turbid wine is generally poor in the taste quality. Therefore, in the production, the artificial method is generally needed to accelerate the precipitation and flocculation reactions during the aging process of wine. Consequently, sodium carboxy methylcellulose is chosen as the tartar stabilizer of wine.

The tartar precipitates are mainly potassium hydrogen tartrate and calcium tartrate. The two salts have different steady states in wine due to the differences in the physical properties of potassium and calcium ions. The solubility of calcium tartrate basically does not change with temperature changes, which is the main reason why currently using the cold stabilization treatment in the production has little effect on it. 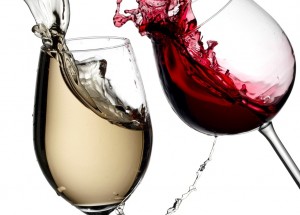 The action mechanism of sodium carboxy methylcellulose may be involving in maintaining the balanced state of wine, and making the salt formation balance of tartrate in wine remain stable. Meanwhile, a compound can be formed with the already formed tartrate. For potassium hydrogen tartrate, the compound will long-term stably exist in wine, while for calcium tartrate, it will precipitate down once formed, and the calcium salts not formed will keep balanced for a long time and then stable.

(1). The use of sodium carboxy methylcellulose to stabilize the tartar in wine can have obvious and lasting effects, and will not be affected by the temperature, mechanical shock, pH value, and other factors.