Application of CMC in Pharmaceutical Industry 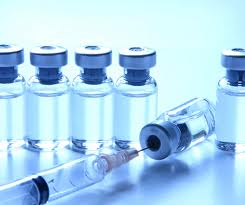 sodium carboxymethyl cellulose can be used to make film-forming materials. The animal model researches have shown that the film can be effective in the control of wound infection. It has no significant differences compared with gauze wound dressings, but the film is obviously superior to gauze dressings in controlling the exudation of wound interstitial fluid and quick healing of wound. Moreover, it can reduce postoperative edema and wound stimulation phenomena.

The best prescription is the film agent made by polyvinyl alcohol (PVA), sodium carboxymethyl cellulose (CMC) and carboxyl polymethyl (CP) with the ratio of 3:6:1. Both the adhesive ability and release rate can be increased. Furthermore, it helps to significantly improve the adhesion ability of sustained-release film agents of mucosa, extend the resistance time of preparation in the mouth cavity and enhance the drug efficacy of preparation.