Analysis on the Types of Cellulose Ethers Used in Latex Paints

Analysis on the Types of Cellulose Ethers Used in Latex Paints

The so-called thickener, by definition is a kind of additive that can make the system maintain stable and suitable viscosity in the production, transportation, storage, construction process by increasing the viscosity of the system – types of cellulose ethers.

The cellulose is a natural polymer condensed from of β-glucose. The characteristics of hydroxyl in the glucose-based ring can be used to make cellulose generate a variety of reactions and thus produce a series of derivatives, of which the most important cellulose derivative is the cellulose ester or cellulose ether derivative produced after esterification and etherification reactions.

Common products are carboxymethylcellulose, hydroxyethyl cellulose, methyl cellulose, hydroxypropyl methylcellulose, etc. Since carboxymethyl cellulose contains sodium ions easily soluble in water, its water resistance is poor. And there are a smaller number of substituents on its main chain, so it is very susceptible to the corrosion of bacteria and then produces decomposition, reducing the viscosity of the aqueous solution and resulting in smelly solution or other phenomena. It is rarely used in latex paints, but generally used in low-grade PVA glues, paints and putty.

Hydroxypropyl methyl cellulose is also a cellulose thickener widely used in the field of putty, and now mainly used in cement-based or gray calcium-based putty (or other inorganic binders). 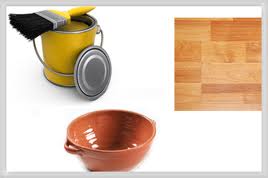 You may also be interested: Application of Hydroxyethyl Cellulose in Water-Based Paints