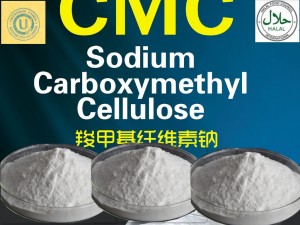 Sodium Carboxymethylcellulose is odorless, tasteless, non-toxic, easily soluble and won’t get bad for long-term storage. Moreover, it has high viscosity and strong shape-preserving capacity, so is widely used in the food industry.

In the pharmaceutical industry, Microcrystalline Cellulose can be used as emulsion stabilizer of various kinds of injections such as penicillin and streptomycin. Moreover, it can act as the basic material of various kinds of emulsifiable paste, the adhesion agent of tablets as well as the dispersing agent of barium sulfate and titanium oxide in X-ray vision. It can also be used to fix teeth and to make aperient, styptic, adhesive and contraceptive.

4. Application in Daily Chemical Industry and Other Industries

In addition, hydroxypropyl methylcellulose can also be used as the glazing and coloring agents of leather, surface treatment agent of filmstrip and photo negative film, stabilizing agent of rubber paste, foam stabilizer of fire foam, and dispersing, stabilizing as well as emulsifying agents in pesticide and plastic industries.

In the coating industry, it can act as the sizing agent or regulate viscosity. In the production and storage of formaldehyde, it can act as the polymerization inhibitor. Moreover, hydroxypropyl methylcellulose can also be used in shipping, electron tube, floating separation, welding electrode, refrigerated storage of aquatic products and metal processing. It can act as thickener for civil use.

All in all, Cellulose Ether is widely used, highly adaptable, and not only an essential basic material as well as auxiliary material in many industries, but also the substitute for grain of industrial use, so it occupies an important position in the nation economy.