You are here: Home | News | Cellulose Ethers | Contrast Experimental Study on PAC under the Standards of Different Oil Companies at Home and Abroad

Contrast Experimental Study on Polyanionic Cellulose under the Standards of

As a water-soluble ionic cellulose ether, Polyanionic Cellulose has thickening, dispersion, film formation, adhesion, protective colloid and other properties. Usually its sodium salt is applied. It is in the appearance of white powder, very strong in dilution, soluble in water to form a viscous solution, mainly used as the additive of oil drilling mud on land and offshore, with good salt resistance, and is an important and efficient treatment agent in the drilling mud.

Polyanionic Cellulose is more ideal as the inhibitor and fluid loss reducer. The mud fluid prepared by Polyanionic Cellulose can better inhibit the dispersion and expansion of clay and shale in the medium of high salts (monovalent salts), and control the pollution of borehole wall. Furthermore, the mud work-over fluid formulated by Polyanionic Cellulose is low in solidity, and will not hinder the penetration capacity of production zone due to the solid, i.e., not damaging the production zone. And it has small filtration loss, i.e., stronger capacity to resist water loss, so the amount of water into the production zone is small, which can avoid water entering and the formation of water-town phenomenon due to obstruction of emulsion, while avoiding the permanent damage of production zone and having the carrying capacity of cleaning borehole. Water loss is an important indicator of mud performance, and the smaller the better. Since Polyanionic Cellulose is uniformly substituted, good in resistance to temperatures and salts, and stable for viscosity in a complex environment, it has higher control force of water loss, can control the rheological properties of drilling fluids for long term, and can give full play to its due functions. Generally, if the product has larger degree of substitution and more uniform distribution, the macromolecules can expand in solution to a greater extent, more conducive to hydration and also more conducive to enhancing its role in the protection of mud.

Many large companies abroad spent several years developing Polyanionic Cellulose products. Up to now, the production has reached million tons per year and the production line achieved automation. Such companies as Tel-nife of Japan, Hercules, MilCHem, IMCO, Drillspec, DAICel of the U.S., EnKA of Netherlands, B. W. MucldeBayer of Britain, CeCaSa of France, have all launched their own Polyanionic Cellulose brand. Over the years, the petroleum development companies and mud companies of coastal shelf abroad have all adopted Polyanionic Cellulose as the treatment agent of drilling mud. It has far better performance than ordinary sodium carboxymethyl cellulose (CMC), is highly respected abroad and developing very fast.

Sidley Company is a professional manufacturer of cellulose ether. Its produced Polyanionic Cellulose products fully meet the API-13A Standard. For the advantage of price, high quality products are exported to the international market. Indeed the products exported to Middle East, the Americas, and Southeast Asia, play a huge role in the oilfield drilling and have won the trust of customers. 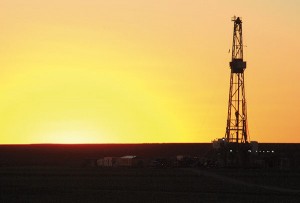