The drilling fluid with the addition of Hydroxyethyl cellulose  is commonly used in hardrock drilling and drilling under other special circumstances such as in the shale layers with leakage control of the circulating water, excessive water loss, abnormal pressure, or being rugged. In spudding and large hole drilling technologies, the application effects are also very good.

Hydroxyethyl cellulose has thickening, suspension, lubrication and other properties. In the downhole, when faced with a very high shear rates, since Hydroxyethyl cellulose  has a peculiar rheological behavior, the viscosity of the drilling fluid locally can get close to to the viscosity of water. On the one hand, it helps to improve the drilling rate, make the drill bit difficult to heat, and extend the shelf life of the drill bit; on the other hand, the holes drilled can be clean and have high penetration rate. Especially used in the hardrock layer structure, this effect is very obvious and a lot of materials can be saved.

The drilling fluid prepared from the solution of potassium chloride and Hydroxyethyl cellulose can improve the stability of the well bore, make the uneven rock formations in a steady state, in order to relax the requirements of the casing. This drilling fluid has further improved the portability of rock and limited the spread of drilling cuttings.

After using Hydroxyethylcellulose HEC, the filtration performance and the stability of mud can be greatly improved. Hydroxyethyl cellulose can be used as an additive and added to the non-dispersible saline bentonite mud, so that water loss can be reduced, and without increasing the gel strength, the viscosity can be increased.  In the high-permeability rock formations, fluid-loss additives such as calcium carbonate, screened hydrocarbon resin and water-soluble salt particle compounds have good effects. But in the extreme states, water-loss remedy solution with a high concentration (i.e. Each barrel of solution contains 1.3-3.2kg Hydroxyethyl cellulose HEC) can be used in order to prevent dehydration from going deep into the oil extraction layer.

The advantage of using Hydroxyethyl cellulose also lies in making the drilling and completion technology use the same mud, reducing the dependence on other dispersing agents, diluents, and pH-adjusting agents, liquid handling and in the convenience of storage. About Oil Drilling more information please click. 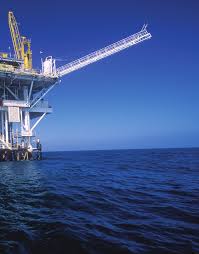