The lactic acid beverage is a kind of acidic milk beverage made from fresh milk by the lactic acid fermentation or mixing with acids, is a mixture consisting of many substances, containing about 88% water, and various substances in milk mutually compose a dispersed stabilizing system. As its products have proper sweet and sour taste, it is welcomed by the majority of consumers. In China, this product is rapidly growing popularity.

In the fermentation and production process of lactic acid beverages, if the nutrition enhancer is added in the beverages, resulting in the changes in the salt compositions of milk solution, solution density, etc., and the decrease in pH, heat treatment, etc., has a great impact on the stability of milk. Furthermore, since the final pH value of beverage is 4.2-4.4, and happens to be the isoelectric point of casein, thus solving the problem of protein precipitation is the technical key to the production of lactic acid beverages. Therefore, as an excellent stabilizing thickener, Sodium carboxymethyl cellulose  enables to be widely used in the acidic protein beverages. 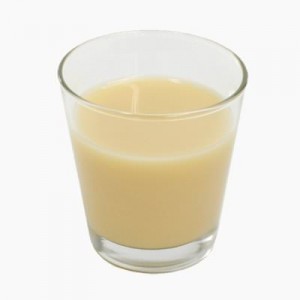 In the yogurt products, the stabilizer is used mainly to increase the sticky consistency of yogurt and improve its texture, state and taste. Sodium carboxymethyl cellulose  is applied in the solidified yogurt to prevent the finished product from the precipitation of whey within the shelf life and to improve the structure of yogurt. The casein molecules with Brownian motion performed in water, due to gravity, coupled with repulsion of charged particles, and the lactic acid generated by the action of lactic acid bacteria, when the pH in the milk is close to the isoelectric point of casein, will produce precipitation and form the so-called gel if losing the charge, but will obtain a suspension of casein if rupturing the gel under stirring, and will gather gain and precipitate if stationary.

At this time, if adding Sodium carboxymethyl cellulose , the viscosity of solution will not be increased, and the hydrophilic groups on the surface of the casein particles will be combined with Sodium carboxymethyl cellulose  into surface film and to form stable suspension. But the general stabilizer is poor in the thermal stability. If the above colloids are heated, due to the destruction of surface film, casein particles will gather again and get solidified. Then the thermally coagulated casein particles is not hydrophilic, and will not dispersed again in water after reducing the temperature, with continuous stirring.

3.2.2.1 No Impact of Sodium carboxymethyl cellulose  on the Viability of Fermenting Agent